Home » World Philosophy Day: When Do You Love Philosophy? 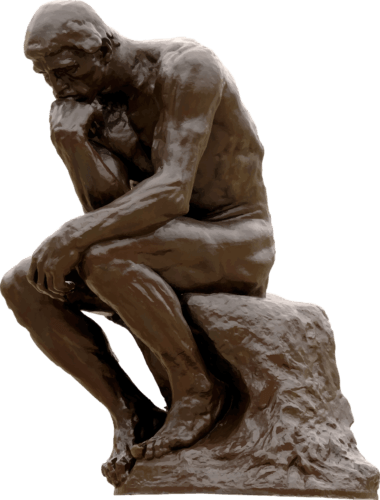 It’s World Philosophy Day today, and I’m beginning it at the home of my oldest philosopher friend, Jeremy Watkins, who lectures at Queens University Belfast. We grew up in the same village and in the long, winding conversations of ideas we had as children, we were philosophers before we knew the word. We’ve both made careers out of it, and I thought that rather than writing a new stimulus, I would kick off a celebration of philosophy by reflecting on the moments when I love philosophy and think how lucky I am to do so much of it.

Let us know when you and your classes love philosophy, below or on twitter @makethinkingfun #ilovephilosophywhen

When I Love Philosophy

When a child says, “I disagree with myself because…”
When it goes from “quiet-for-the-visitor” to noisy hubbub
When it works without me

When someone says something, and in a ripple, everyone talks about it
When we have to retrace the conversation to find how we got here
When children crowd in at break with things still to say

When at the end, someone speaking for the first time makes everyone think again
When children get caught by a story and argue as if it’s real
When a child says something I know I’ll keep

When someone says, “You’ve made my brain hurt!”
When I remember how a child thinks from the year before
When a child who never speaks, speaks, and everyone listens.