Home » Is it OK to keep a scrollow as a pet?

This week, we explore the ethics of keeping pets. First, a (partly true) story to warm up to the theme. 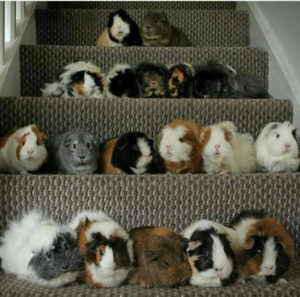 Is it OK to keep a scrollow as a pet?

As we don’t know what a scrollow is, it acts as a “hollow example”, a sort of placeholder in the enquiry which can be filled in with all sorts of details. “If it was intelligent, it would be wrong”; “If it liked being with humans it would be OK”; “If it was a sociable animal it would be wrong to keep it alone”.

Because you are only creating the space for their examples, you are not imposing your own ideas but inviting them to identify features on which “it depends”.  It’s another way of implementing the Philosophy Circles principle of “Take a Back Seat”. It also avoids getting bogged down in disputes about matters of fact or mere preferences.

Sticky Questions – Home-School Dialogue from 3p per child per week!

For £249+VAT for a primary school set, you get 8,960 stickers in total, with 280 different questions from Reception to Year 6. The government in the UK have now confirmed that children will be taking resources home with them from school, so there is a green light to using Sticky Questions as a way of encouraging dialogue at home and in school.

I will be sending out existing orders over the next week or so, and all orders placed by the end of July will be delivered to schools before September. For those of you not familiar with Sticky Questions, here’s a video and a link to more information. You can also download the Sticky Questions Prospectus PDF with examples, teacher guidance and pricing. These are probably the most affordable, easy to implement school-wide intervention to encourage oracy and critical thinking available. An absolute must for covid catch-up funding, because it’s not just reading and writing that children have been missing, but speaking too.

Sticky Questions – The Impact at Stivichall Primary from Jason Buckley on Vimeo.

PS I had some enthusiastic interest for the possibility of an Outdoor Instructor in Residence mentioned last week. One school is looking at using both the Covid catch-up funding and Sports Premium to fund this enriching experience for the whole school, and I’m getting excited about constructing some over-arching philosophy and outdoor learning in role narratives to connect with their curriculum, such as an island adventure with fire-lighting and survival skills in the field, moral dilemmas and some very engaged adventure journal-writing tying it together. You can see the brochure here. We would be especially interested to hear from schools near Hailsham or Aylesbury, although we have staff available in many areas.