Home » The Obstacle Course of Providing for More Able Children 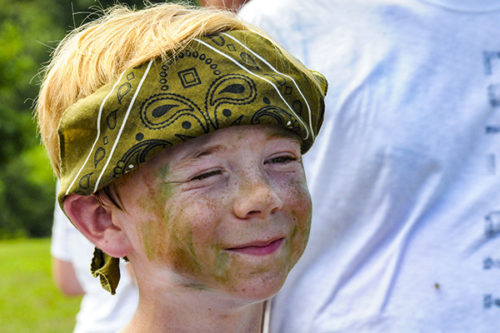 This week, a stimulus on educational ethics that can be used either with children or for professional development.
It’s a dialogue between Scout Leaders, trying to plan an obstacle course that will challenge children of different ages and abilities. It raises the question of what sort of equality we should be aiming at in education, which is always a pressing issue in advocating for children who are “beyond their years” academically, and for whom school can fail to provide the challenge they need to thrive. “It’s an Obstacle Course!” is pasted below, and attached with some ethical and practical notes, along with three techniques for use in P4C to help challenge the most able:
1. Distributed facilitation
2. Spotlight moments
3. Expert witness
Here are two other announcements on the same theme.
The Above and Beyond Awards
PPUK, a charity of which I’m a trustee, is launching The Above and Beyond Awards to celebrate parents, teachers, support staff and other professionals in the UK who go ‘above and beyond’ to help exceptional young people achieve their high learning potential. Nominations close on 11th January, so please visit the website to find out more and to nominate any person or organisation you think deserves recognition. There are categories for young people, teachers, parents, leaders, schools and others.
GIFT Easter School 14-19 April
On Sunday I ran a course called “The Meaning of Life” as part of a weekend for secondary-age students. There were also sessions on escaping from Colditz, silk painting, Chaucer and science as entertainment. These residentials take place in a splendid old manor house in Northamptonshire and are a fabulous opportunity for bright youngsters to meet new friends from around the country (from London to Liverpool on the last one).
The next opportunity is the GIFT Easter School, when I’ll be running courses on puzzles, improvised storytelling, John Stuart Mill and strategies for solving the world’s problems, while colleagues will be offering courses on animation, fashion, Greek drama, rocketry, animal behaviour, timepiece construction and writing as if you’re an object, among others. Bursaries are often available for those who wouldn’t otherwise be able to attend. A flyer is attached, or go straight to www.giftcourses.co.uk
Best wishes,
Jason

A group of Scout Leaders are planning for a Jamboree involving a whole range of ages.

A: We just need to sort out the obstacle course now.

B: Last year it was a bit rubbish. The wall was too high for the younger ones and too low for the older ones.

C: We could have different courses for the Cubs and the Scouts.

D: Maybe we could get the older ones to do two laps.

B: Hmm. I think that just feels like a punishment! Once you’ve done it once, it’s not like you’re getting anything new out of it.

D: Maybe the older ones could carry rucksacks, like they do in the army? Different amounts of weight depending on how big they are.

B: But that’s just making it harder for the sake of it. It’s not actually any more interesting.

C: And anyway, Fred is tiny for his age, and John is like a grown man even though he’s twelve. You can’t really do it by age.

A: How about we make it really difficult, but then the younger ones can have some help?

C: Then they’re not doing it for themselves. They don’t get to be independent that way.

D: How about we put the wall on a slant, so the taller you are, the higher the bit you have to go over?

A: And the fittest could start further back, so they’re a bit puffed out when they get to the first obstacle.

B: Isn’t that a bit artificial, though? You could have someone who gets the best time in the Scout section, but only because they had it easy.

C: The winning isn’t really the thing, though, is it? It’s only a competition to get people into it. The point is to have a bit of a challenge. If it’s not a challenge they don’t get anything out of it, but if they can’t do it it’s a bit demoralising.

B: Dunno. Feels a bit like trying to pretend there are no winners or losers.

C: I think you end up being a loser if you win all the time. Makes you smug. Look at Donald Trump.

D: What about we make the obstacles more difficult as they go on? Each person sees how far they can get.

B: But then the Explorers will just be stepping over the easy obstacles at the start, like they’re giants.

D: How about we have easy obstacles first, then harder ones, but the fitter kids start further into the course?

B: All sounds like a lot of work. Maybe the first obstacle should be creating an obstacle.

You can use this dialogue as a stimulus with classes, or for your own professional reflection. The Scout leaders, beneath the specifics of the obstacle course, are engaged in a conversation about the philosophy of education.

What sort of equality should we aim at in education?

Is it better for someone to be helped to the same outcome as others, or to independently reach a lesser outcome?

What is the role of competition in education?

If providing extra challenge to some means more work, where should that sit in priorities?

I’ve smuggled into the dialogue two of the principles I advocate in providing for children who are (or could be) achieving beyond their years.

Teach the child, not the age

It might seem that a situation revolving around physical ability with a wide range of ages is a poor analogy for academic ability in an individual class. But if you compare the difference between the tallest child in your class and the shortest with the average difference in height from one year group to the next, you’ll likely find that the spread within a class is equal to at least four years of average “progress” in height. For academic characteristics, the spread is usually even wider. That’s why it’s important to “teach the child, not the age,” and not have unconscionable, unconsidered policies like imprisoning children who should be free readers in a particular level of a reading scheme.

Imagine you’ve finished your marking, and so someone gives you another pile of books. It is a poor reward for finishing your work to simply be given some more. So, it’s important that children who are going to be able to do something easily are able to get straight into something challenging, perhaps by using the technique of most difficult first – demonstrating their competence at the basic level by going straight to the challenge to which the rest of the class are building, and then on from there, missing out the tedious preliminaries. Otherwise they are just punished for their ability by being expected to do more work, which is an added incentive to disguise their ability.

Three Techniques for Challenging your Most Able P4Cers

One of the delights of P4C is that it is a “low threshold, high ceiling” activity that most children can access but which provides open-ended challenge for the most able (or sometimes confronts them with the helpful discomfort of uncertainty). Of course, it also draws out the talents of those who don’t shine in written work, or who are not moved to speak by more everyday classroom discussions. So it’s already good for the whole class, and especially the most able (I’m using shorthand here, please apply the principle of charity as I haven’t got space to unpack the notion of ability). But there are some things you can do to extend your P4C stars even more.

Get pupils working in small groups, with one person, perhaps one of your P4C stars, facilitating each discussion armed with the (almost magic) coaching questions I keep banging on about:

Can you tell me more?

Can you say why?

So… [repeat the question]?

Can you give me an example?

How do you mean?

Why is that important?

How could you disagree with yourself?

The common practice of “getting the bright kids to help the ones who are struggling” is ethically dubious as a go-to strategy for keeping them occupied, as they’re not in school to learn to be teaching assistants. But when taking on a facilitation role is a challenge in itself, it can allow them to contribute more without dominating, and to develop the skill for getting an overview of an argument.

It can help raise the quality of an enquiry if, amongst the shorter utterances characteristic of w whole-group discussion, someone is tasked with making a more sustained contribution. This could be a brief speech expressing their views, or playing Devil’s advocate, or it could be a summary of the general argument so far. The advantage for the group of including such a speech is that it can push the thinking into more complex territory, and for the individual concerned it is a great opportunity to marshal thoughts in more detail. It’s just the sort of thing to provide equality of struggle as mentioned above.

When you have an enquiry scheduled on a particular theme, ask one of your P4C stars to research what some particular philosopher or other specialist thought on the matter, so that they can bring their voice into the enquiry as an “expert witness”.