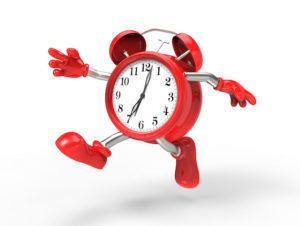 Why are you late?

Why is your homework late?

This week, how to get students talking about something we teachers tend to talk about an awful lot.

Yesterday, a colleague and I were waiting for someone who was late to our meeting. With nothing else to do, we came up with some statements, (and theories), about lateness. I realised they would make to great discussions starters for students of all ages:

…and also some theories (which, although less philosophical, are still interesting for older students and adults):

We ask questions a lot in philosophy. However, it is also just as fun to put something into question. Statements will often provoke an immediate reaction – either siding with it, or denying its accuracy. Especially when they’re about a familiar concept, like lateness.

There’s a range of fun thinking games you can play with statements – 3 are described below below. Whichever one you choose, run several rounds taking a statement at a time:

If you do ‘allocate’ students a side to argue for, give them a chance to swap sides regularly, so they get a chance to argue YES as well as NO. For extra challenge, get them to swap mid-debate!

Afterwards, allow them to show what they really think having heard both sides of the argument. It’s best to make this physical too – going back over the statements and getting them to physically show their thinking. For example: hands on head for YES, arms folded for NO.

PS From Jason – I’m off on holiday in the Lakes and Scotland, which is why I’m late pressing send! A quick heads-up that in two weeks the bulletin will include a one-week-window offer to buy a class set of Sticky Questions for £45 (including VAT where charged). We normally only sell whole-school sets because printing and packaging them is a major operation. You can see more about Sticky Questions and what a hit they are with the children here: www.thephilosophyman.com/stickyquestions