Home » A Dark Horse? Three Philosophical Enquiries About the Unusual 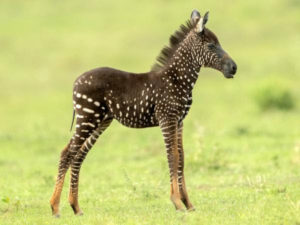 In fact, the most likely explanation for this zebra’s unusual appearance is that its pigment-producing melanocyte cells “don’t know where they are” and so aren’t forming the normal patterns. In between saving the nation and being hounded to his death by it, Alan Turing researched the mathematics of such patterns – you can read an excellent article here. I’m grateful to Laerke Groth of Filosofi Patruljen who drew my attention to the zebra story.