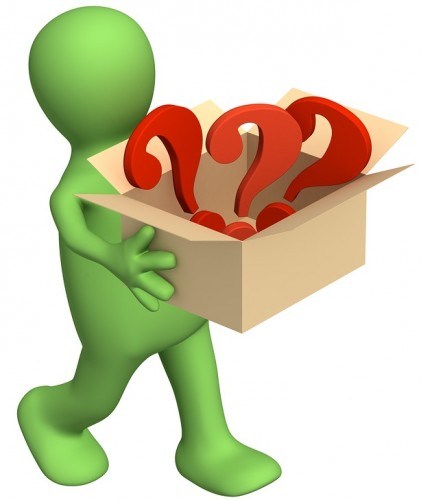 While schools are shut, I will put up lots of resources each week to get kids thinking and talking with their parents on this page, or with each other and teachers for those still in school. The resources will change every Friday. Games, questions, stories, riddles. Solutions to riddles will follow the next week.

Normally I work with schools, and you can get the same free bulletin as the teachers here: free P4C resources. Children can also take part in live hour-long sessions online. (Details soon). These will have free tickets, or ones you can pay £5, £7 or £10 for. If enough people are willing to chip in it will make sure they are always free for people who need them.

These are normally stickers for teachers to give to children to take home to talk to parents about. Here's a load to be going on with. I'll put some new ones up each week. UPDATE - If you click on a question, it will take you through to a page where you can leave your thoughts. It might take a while for them to appear as I have to approve the comments, but hopefully we can get some (polite!) arguments going! 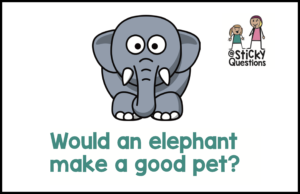 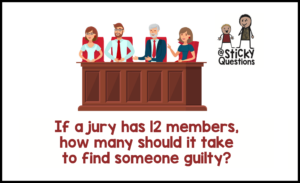 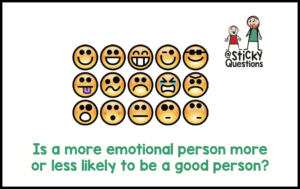 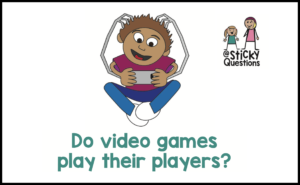 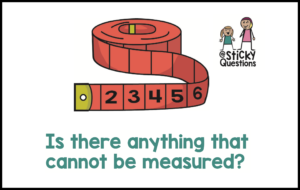 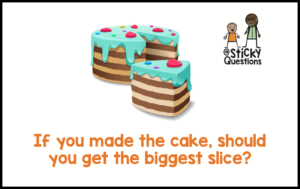 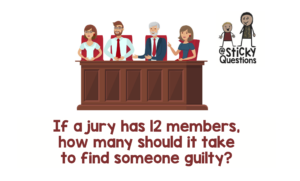 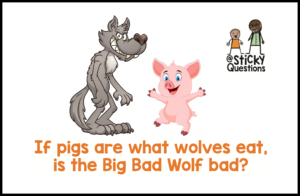 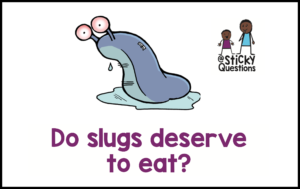 I live in a hole that travels with me.

My belly is deep

But if I swallow too much,

I get swallowed myself.

Clues, answer and a new riddle next Friday!

Spot and Stripe enjoying arguing about questions that make you go "Hmmm". Some of the videos are aimed at quite young children, some tackle more serious questions. They'll get the argument started and then you can carry it on. It can be more fun if you disagree too!

Spot and Stripe: Christmas from Jason Buckley on Vimeo.

Spot and Stripe: Mathematics from Jason Buckley on Vimeo.

I Spy is normally played competitively, with the person whose turn it is choosing something tricky that will hard for others to guess.

This turns that on its head to create a collaborative game which is much more fun. The point is to pick things that are really easy for the others to guess.

For example, I'm sat overlooking the river in Ely at the moment, so this is how it might go:

"I spy with my obvious eye something beginning with 'R'"

And we might then get T for tree, G for grass, B for boat, B again for bin and so on. The fun is in building patterns that make it as obvious as possible.

But as he walked from his first-class train compartment to work, he noticed there were people in London who had very little money at all, because they were sitting on the streets asking him for some of his.

Sometimes he felt guilty about having so much when they had so little. So he sometimes gave them a few coins.

Albert’s job was to invest the money of rich customers to help make them even richer. Sometimes he felt it was unfair that they were incredibly rich when he was just comfortable.

So he sometimes overcharged them, knowing they had so much money they wouldn’t notice.

One day, Albert decided he was fed up with the whole business of people being so unequal. He was going to get a job where you could make a difference to that.

So he went back to university and trained to become a teacher. And when he started teaching, and came to your school, he was determined that he was going to treat all of you equally.

So he made sure he learned all your names at the same time... the brightest, the naughtiest and the quietest.

He smiled at all of you the same when he saw you around the school.

He made the same effort to get to know each of you.

He spent the same time helping each of you with your work.

Every time any of you answered a question, he said the same thing: ‘Well done, that’s excellent.’

Whenever someone did something wrong, he set you all the same detention.

Whenever you wrote an essay, he gave you all the same grades.

At parents evening, he said the same things about all of you.

And at the end of the year, he gave every single one of you the same report.

Albert was pretty pleased that he’d done such a good job of treating all his students equally.

So he was upset and puzzled when every single one of you said, in the same angry way, the same thing, ‘It’s not fair, you treat us all the same!

Questions children have asked in response to this story include:

Can you be too fair?

If everyone is different, how can we be equal?

Read the story, see what you each think about Albert, good and bad, and then explore one of these questions or create your own. You can read the whole session plan if you sign up for the free email bulletin as it comes out in issue 1.

More next week including online team sports and improv!